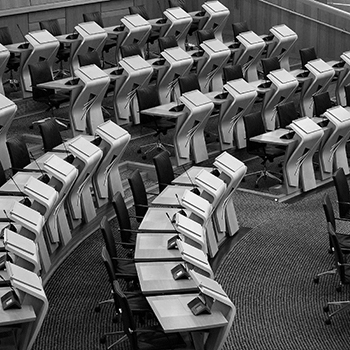 Ana Botín and Hilarie Bass, Among the Stars at the Santander WomenNOW Summit

The SantanderWomenNOW Summit will be held in Madrid for three days and will bring together leaders and experts from around the world in areas as diverse as finance, law and music.

One of the confirmed speakers is Ana Botín. Chairman of Banco Santander, she joined Grupo Santander after working at JP Morgan (New York). From 2002 to 2010 she was Executive Chairman of Banesto, recognised by Euromoney as Best Spanish Bank for three consecutive years. From 2010 to 2014 she was CEO of Santander UK and since 2014, as Chairman of Santander, she has led the cultural and technological transformation of the bank, the biggest in the Eurozone. Ana Botín has supported feminist causes on many occasions, arguing that a more equal working environment is an opportunity to add professional talent and aid social development.

Another one of the speakers at this summit is HilarieBass. She is the former President of the ABA,  the largest professional organisation in the world, with more than 400,000 members. Until recently she also presided over the law firm Greenberg Traurig, which she founded. She is one of the most recognised lawyers in the United States with a professional career of more than 30 years that has been recognised with numerous The Best Lawyers awards. Promotinggender equality around the world is a priority for Bass.

Leslie Morgan Steiner, will also participate at the summit; she is a writer, consultant and thought leader in the areas of female leadership, work-life balance, overcoming adversity and above all, violence against women. The author of Crazy Love, an autobiographical work that deals with love and violence, she has just published her fourth non-fiction book in which she explores ageing and women's sexuality after maternity and divorce. Her professional career includes companies such as Johnson & Johnson and Leo Burnett.

The technological world will be represented by Monique Morrow; recognised as one of the world’s most influential technological leaders and distinguished with important awards such as Top 100 CIOs 2016 (CIO.com), the Top Women in Cloud Innovations Award 2016 (CloudNow) and the Social Media Presence of the Year 2016 (AI Magazine), among others.

And the music world will be notably represented by Simona Abdallah. Of Palestinian origin, Abdellah is one of few women dedicated professionally to the darbuka, an Arab instrument traditionally played by men. She is self-taught and began her musical career at the age of 15. Right now she is working on the challenge she set herself of recording a rock, house and pop fusion album with musical rhythms from the Middle East.