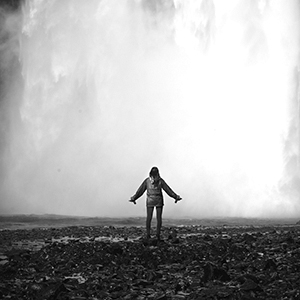 The 20th February is World Social Justice Day and the Santander WomenNOW Summit wants to give a voice to those women that work to make the world a better place. They are campaigners from different places around the world that have committed to defend human rights and fight against impunity. Women such as Raquel Vázquez, senior legal advisor at eyeWitness, an organisation that gathers technological and legal knowledge to facilitate the process of documenting war crimes and human rights violations. “The aim of eyeWitness is to bring those responsible for serious international crimes to justice. Our organisation came about to try and channel technology towards the defence of Human Rights”, she highlights. Mentioned by Forbes magazine as one of the most influential people under the age of 30, she feels responsible for influencing and changing things and this is one of the ideas that she wants to share at the Santander WomenNOW Summit. “I oppose to living in a society that looks the other way when serious Human Rights violations occur. Although my contribution may be just one of many, it is important to draw light onto the facts and try to establish justice for the victims”, she adds.

Another example of a woman committed to this cause is Almudena Bernabéu, a lawyer who works on universal justice cases and who has brought different genocide cases to court in countries such as Guatemala and El Salvador; she collaborated in the process to bring General Augusto Pinochet to trial and she has managed for Spain’s National Court to accept to process the lawsuit regarding the Syrian State’s mass executions, among other achievements.

Bernabéu is the co-founder of The Guernica Group, a legal office responsible for designing strategies to investigate and, at a final stage, prosecute the perpetrators of international crimes and human rights violations. The creation of this legal firm came about during the 14 years in which Bernabéu was combining her work as director of the Transitional Justice Program and Legal Director at the Center of Justice and Accountability (CJA) in San Francisco with working at Spain’s National Court, the Audiencia Nacional. “Initially it aimed to build bridges between the USA and Latin America, at a point where many dictatorships were ending. Cases such as that of Guatemala are examples of a coordinated work, because the national proceedings also have an international impact”.

Thanks to her contributions to social justice, Bernabéu has received several acknowledgements and awards, including being included in Time magazine’s top 200 most influential people and receiving the Letelier-Moffitt Human Rights Award.

If you want to listen to our experts, download your invitation.