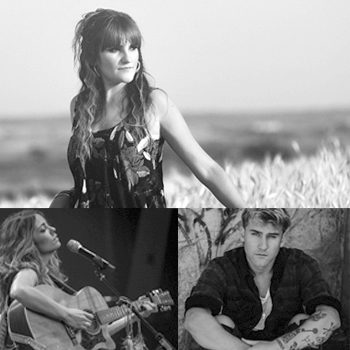 Voices in Favour of Equal Opportunities

Rozalén, Sofía Ellar and Dani Fernández; big names for a big stage. Attendees at the Santander WomenNOW Summit, which will convert Madrid into the great European capital of the woman between 28th and 30th March, will be able to listen live to hits from three artists that wish to join in with the message promoting equal opportunities between men and women.

With her performance, Rozalén will close the summit’s official opening ceremony. The singer, who is always accompanied by her sign language interpreter, uses her music to defend diversity, women’s rights and social inclusion.

Similarly, singer songwriter Sofía Ellar is convinced that “we young people have the power to change things”, and is giving part of the proceeds from her single Humanidad en Paro to different organisations that support homeless people. Dani Fernández, “singer songwriter 4.0”, as he describes himself, turns to music to portray his feelings. “Although I never write my songs with a prior objective, I always try to transmit that we should be more empathetic and put ourselves in the shoes of the person beside us”, says Fernández.

They all use their position and social visibility to expose situations of inequality and exclusion, especially in the case of women, and they will show that on the stages at the Santander WomenNOW Summit.

The congress, organised by Taller de Editores-Vocento to defend true equal rights between men and women, share experiences, change or create opinions, celebrate careers and analyse trends, is supported by important partners. Institutions such as the European Commission, the European Parliament, the Spanish Government, the Region and City Council of Madrid have been joined by numerous entities such as Banco Santander, Reale Seguros, and companies such as L’Oréal, Iberia and Accenture.