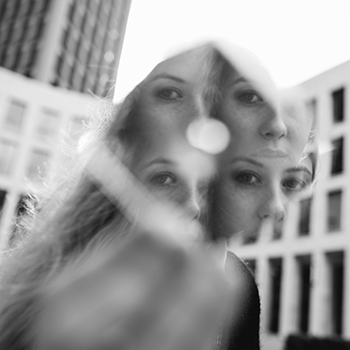 Women and Culture – A Winning Equation

The world of culture has been known to disseminate social trends. This permeability to change could lead to the fall of certain barriers preventing full equality. Many women are clamouring for a bigger role for female creators. In 2017, only 7% of Spanish films were directed by women and only two of the major music festivals in Spain (Sonar and the Madrid International Jazz Festival) had more than 20% female participation, according to the association Clásicas y Modernas.

Culture is a faithful reflection of modern society. Just as inequality exists in society, it does in culture as well.The figures are not great and improving them is no easy task as it’s a sector where there “are a lot of stereotypes,” says Concha Hernández, Director of the festival Ellas crean, an event that combines theatre, dance, music, literature and fine arts in a view to defending an active role for women in culture.

“We women are associated in music to backup singers, but we must call for more women as instrumentalists. We also need more female playwrights in theatre and more choreographers in dance so culture can become a mirror in which women can see themselves reflected,” adds Hernández.

This inequality is also found in filmmaking. Women directors accounted for 26% in 2016 yet this percentage dropped to 24% in 2017, according to an Association of Women Filmmakers and Audiovisual Professionals (CIMA) report. Carlota Álvarez Basso, Co-founder and Director of the Festival Cine por Mujeres (Film by Women) indicates that “although the situation has improved, it’s far from positive. Even so, the search for a more egalitarian society is already an irreversible process.”

The congress, organised by Taller de Editores-Vocento to defend real equal rights for women and men, share experiences, exchange and create opinions, celebrate progress and analyse trendshas the support of important partners. Various institutions –European Commission, the European Parliament, the Spanish Government, the Autonomous Region and City of Madrid– have been joined by entities such as Banco Santander, Reale Seguros, and companies like L’Oréal, Iberia, Accenture and Armani.